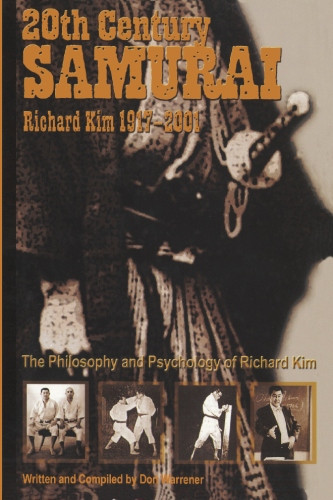 Born in 1917 passed away in 2001, Richard Kim is without a doubt one of America's first generation true karate
masters.

He was born in Hawaii 1917 and began his training in Judo at the young age of six and then in 1927 he seen a
demonstration of karate by the legendary Yabu Kentsu and he was hooked. He began the next day on a path that would
last for 75 years.

But he was more then just a karate master, he was a spy for the Japanese during WWII, he was the inheritor of the
Daito Ryu Aiki Jitsu style from the legendary Yoshida Kotaro, not to mention he was a double for one of the most
notorious war criminals that Japanese had, Kinji Doihara.