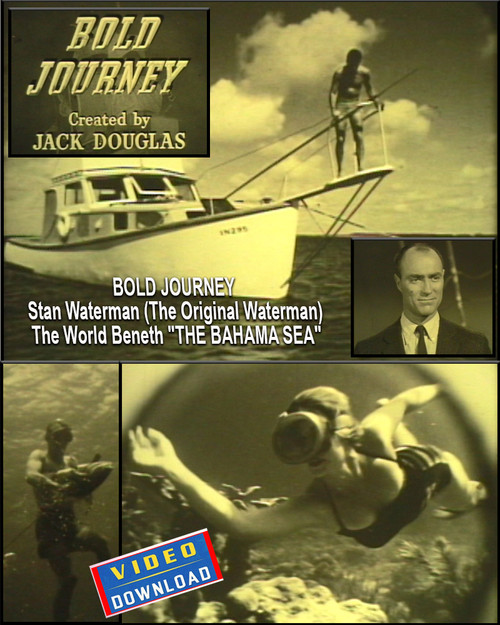 Underwater exploration of a mountain plat-ow beneath the Bahama sea, discovering a sunk Spanish ship wreck from 1700's.

Stanton Waterman (born 1923) is a five-time Emmy winning cinematographer and underwater film producer. Waterman graduated from Dartmouth College, where he studied with Robert Frost, in 1946 with a degree in English. He began his SCUBA diving career in the Bahamas where he owned and operated a diving charter business from 1954-1958. His big break came in 1965 when he filmed a year-long family trip to Tahiti. National Geographic purchased the rights to the work and showed it on television. He was a producer and photographer on the 1971 film Blue Water, White Death which was the first cinematic filming of the great white shark.