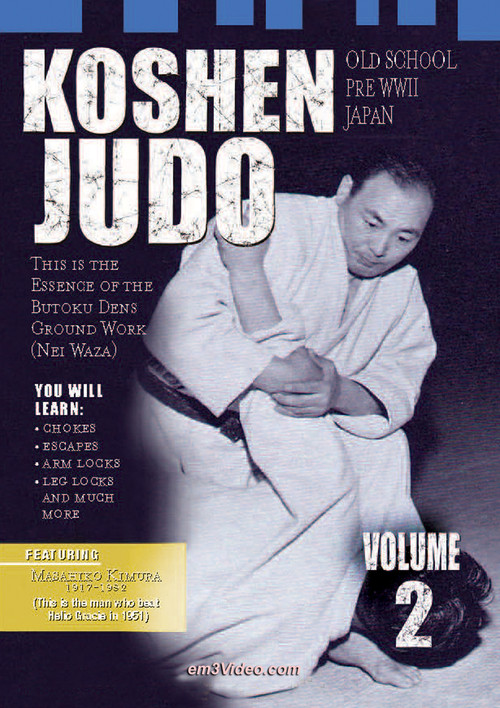 Taught by Judo s gray haired seniors much of this information has been lost until now. These seniors all in there 60s or 70s roll around and throw each other as if they were half their age. It is obvious these are masters of the art and obviously in very high ranking. Featured in Masahiko Kimura (1917-1992). His unique ability was second to none. At 5 7 and built like a body builders, Kimura beat Helio Gracie in 1951 in Brazil, by repeatedly throwing him, using his specialty oso-to-geri. Gracie, a worthy opponent, would not tap out even with a broken elbow. Finally, his corner had no choice but to throw in the towel. Kimura was pronounced winner by TKO. You will be amazed at all the information you ll learn. Everything from reversals, locks, escapes, and unique chokes, many are just never taught but are all but forgotten until now. An absolute must for all martial artists interested in ground work (nei waza). Key Words: Judo, self defense, martial arts

Kimura is one of those almost lost Masters of Judo.  His legendary fight with Helio Gracie will go down in history, as one of the all time great battles in the ring ever – it ended with Helio Gracie’s corner having to throw in the towel as his arm was broken by Kimura.  Kimura was famous in Japan as the All Japan Judo champion from 1939 to 1949.  If you want a lesson in ground fighting from a real Master this is the two set DVD you need.  Shot in full color in the early 1970's, Kimura and his group of senior Judokas will show you why he is the one who the Kodokan missed in promoting to 10th Dan. Kano was #1, Mifune #2 and Kimura #3.