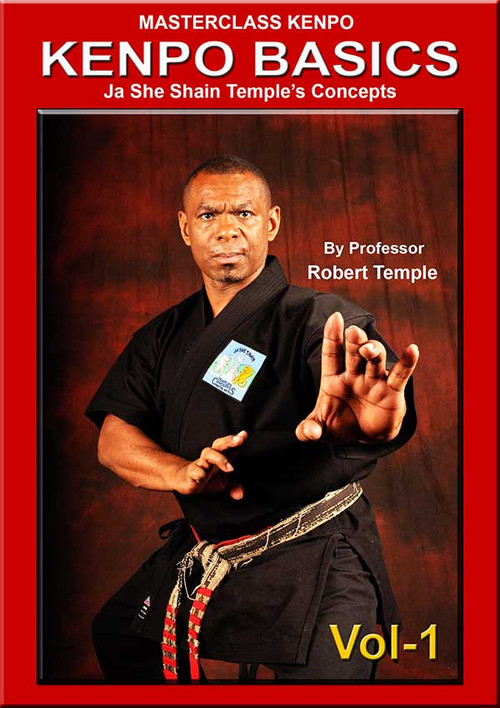 MASTERCLASS KENPO
KENPO BASICS Vol-1
Ja She Shain Temple’s ConceptsBy Professor Robert TempleProfessor Robert W. Temple has been involved in the Martial Arts since the age of twelve. He earned his first Black Belt at the age of sixteen. He has achieved the status of Doctorate in Martial Science and has earned the rank of Grand Master 10thDegree Black Belt with the C.K.A.-Christian Karate Association, the B.K.F.- Black Karate Federation, Shorin-Ju Kempo, Shinjimatsu, and currently holds the rank of 8th Degree Black Belt with the I.K.C.A. – International Karate Connection Association, 5th Dan with Kifaru-Jitsu and awarded title of Hanshi (Teacher of Teachers) with San Do Kai Karate-Do and is the Founder and Senior Grand Master of Ja-She-Shain Temple’s Concepts...