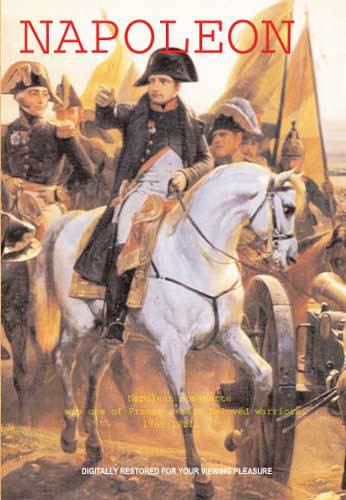 Napoleon Bonaparte, (1769-1821), was one of Franceʼs most loved and revered characters of all time. He was a French, military and political leader, who rose to prominence during the latter stages of the French Revolution and its associated wars in Europe. This film is Napoleonʼs story. His rise and fall from power, with an understanding of his great military mind. Shot on locations like Palace of

Versailles, Fountainbleu, Chateau of Malmaison where many of Napoleonʼs battles actually took place. Full color, with a cast of hundreds if not thousands, including Orson

Welles. A must have for any history buff.