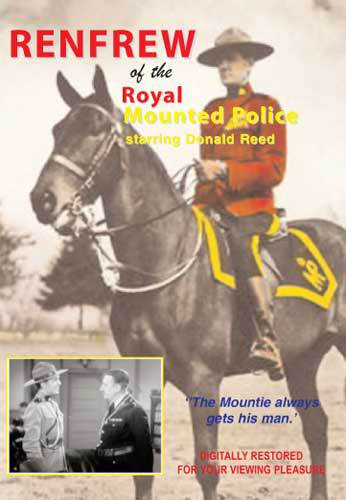 Renfrew Of The Royal Mounted Police

in blocks of ice. When the counterfeiters force engraver Bronson to make a new plate, he inscribes a tiny help message on it. Renfrew catches a henchman who has one of the new bills. A magnifying glass lets him read the

message and he heads out alone to round up the counterfeiters. Sergeant Renfrew and his dog Lightning, hunt down the gang of currency smugglers, counterfeiters as well as the killer of a Mountie. All trails seem to lead to the

Totem Pole Lodge resort, where they