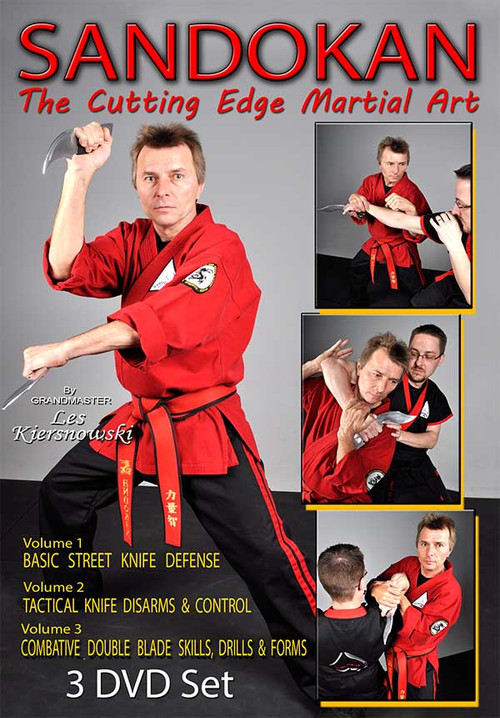 Grandmaster Les Kiersnowski started his martial arts adventure in Europe at age 7. He started with fencing and Kyokushin, which he continued to age 14 achieving his black belt in the Kyokushin System. At that time he moved to the United States. He began his studies in the art of Judo. While training, Grandmaster Les travelled competing in any invitational open competitions. Through travelling and meeting several Masters and Grand-masters he was introduced to Ed Parker’s art of Kenpo. Thus began his Kenpo training. Sandokan System is a sought after art by many that are training in live blade art as well as law and military personnel. Sandokan System is taught and in several different countries such as Canada, Poland, Germany, Switzerland, Brazil and in various schools in the United States under SANDOKAN INT. FED.