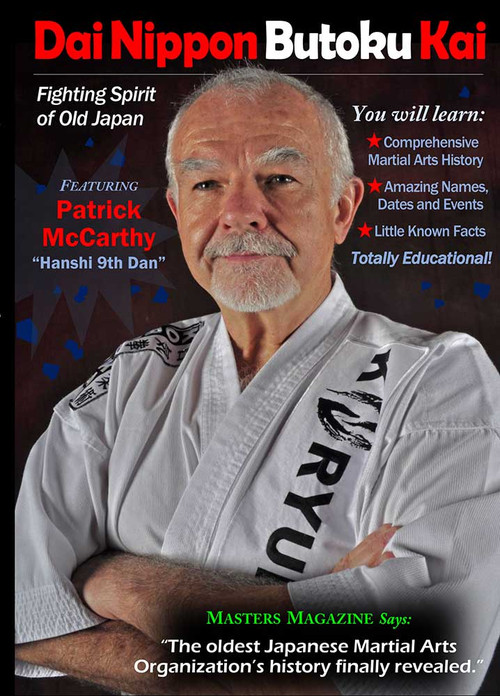 Vol-3 Dai Nippon Butoku Kai
“Fighting Spirit Of Old Japan”Featuring Patrick McCarthy Hanshi 9th Dan Masters Magazine Quote for Front in Italics and Quotation marks “The oldest Japanese Martial Arts Organization’s history finally revealed”
The Dai Nippon Butoku kai is Japan’s oldest martial arts organization. It history and traditions go back to the days of the samurai and the 50th Emperor of Japan Emperor Kanmu. It was formally organized in 1895 and grew in membership to over two million members before WW#2.When the allied forces finally won WW#2 they shut down the Butoku Kai immediately sighting it as one of the reasons the war was started.McCarthy Hanshi in this program will give you the complete and unreserved history of the organization from its start to present day extolling on the history, traditions, and virtues of this prestigious organization.
You will learn:* Comprehensive Historical Facts.* Amazing Facts, Names, Dates.* Totally Educational.* Little known facts.