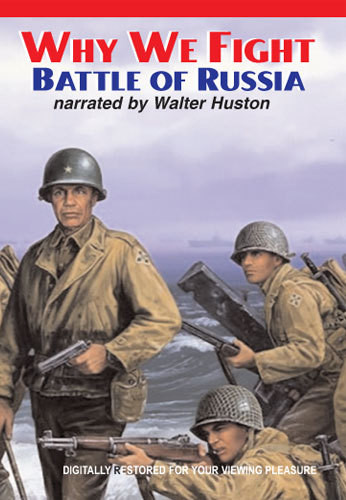 Why We Fight Battle Of Russia

The Battle of Russia is the fifth Frank's Capa`s film in the ‘‘Why We Fight’’ propaganda film series. The longest film of the series. It begins with an overview of the failed attempts to conquer Russia and also covers the Nazi conquests of the Balkans. The war against Russia was launched on June 22, 1941. The narration describes the Gerrman tactics for offensive warfare and the Soviet defense in depth.