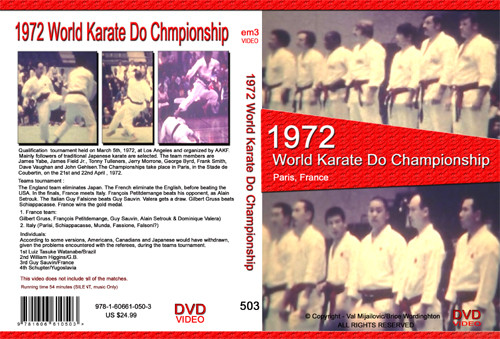 and the World Karate Do Championship

This video includes two segments:1. Eliminations of the USA Team

Individuals:According to some versions, Americans, Canadians and Japanese would have withdrawn, given the problems encountered with the referees, during the teams tournament. The results:1st Luiz Tasuke Watanabe/Brazil2nd William Higgins/G.B.3rd Guy Sauvin/France4th Schupter/Yugoslavia