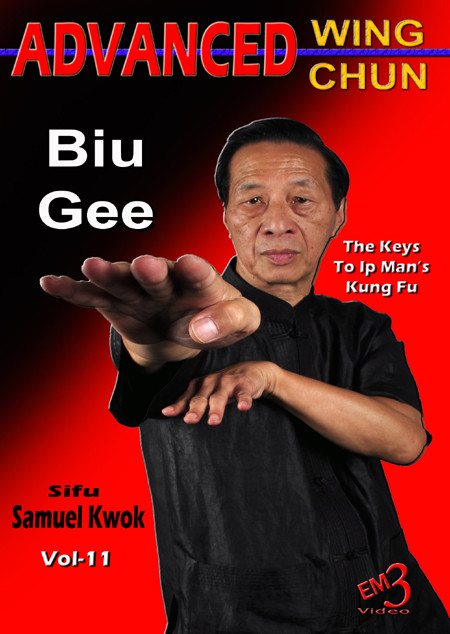 Advanced Wing Chun (New Release)
Vol-11 Biu Geeby Sifu Samuel KwokBiu Gee (thrusting/darting fingers) is sometimes also referred to as Biu Tse, Biu Jee or even Bil Gee. The different ways to spell it, arise because it is hard to Romanise (put into Latin or western letters) Cantonese speech. Despite the different spellings the pronunciation in Cantonese is the same. Biu Gee is the third and final hand form of the Wing Chun Kung Fu system and was traditionally only taught to close or trusted Wing Chun students. Usually students who had been training for a longer period of time. As a result, the Biu Gee form will vary most between lineages, even within Ip Man linage, the final form is different between different instructors.