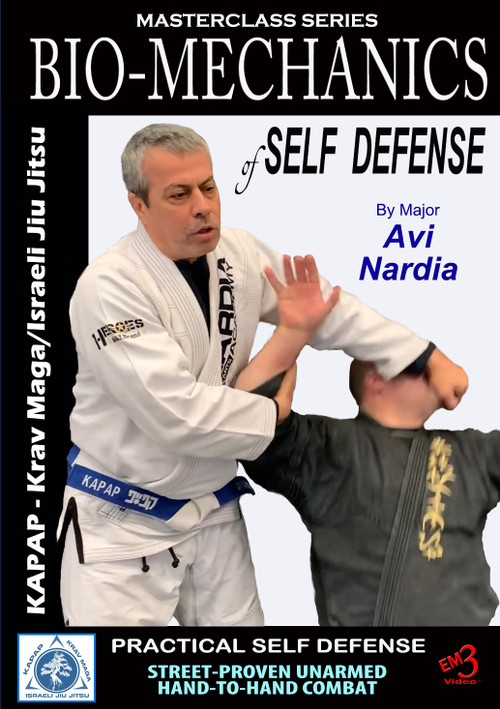 BIO-MECHANICS of SELF DEFENSE By Major Avi Nardia

BIO-MECHANICS of SELF DEFENSE
By Major Avi Nardia

This is a practical and realistic self defense video developed and instructed by Major Avi Nardi. Avi Sensei describes and demonstrates the most reliable and authentic skills of street-proven unarmed hand-to-hand combat methodology and personal defense. Understanding the bio-mechanics of balance, leverage, speed and timing in movement is a must in self defense training.