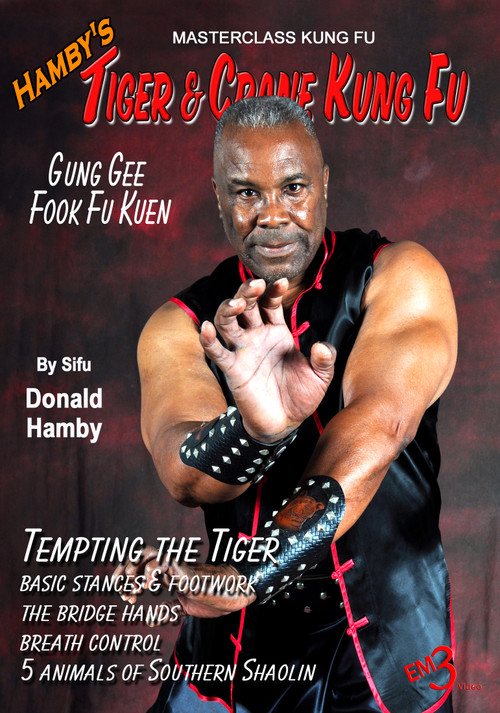 Volume 3
Hung's original form, performed and produced by Sifu Hamby and students with fighting applications and two-man fight set. This form was designed to teach the practitioner the basic stances and footwork, the bridge hands, breath control, and the 5 animals of Southern Shaolin. This is truly a dynamic form with over 200 movements.