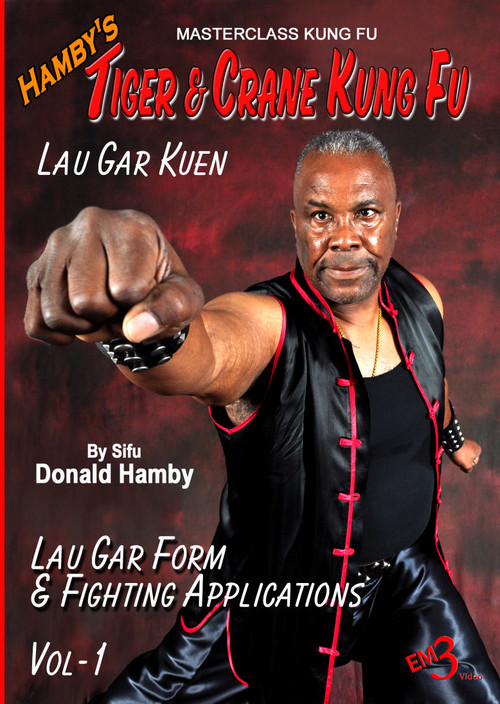 Sifu Donald Hamby has over 45 years of experience in the martial arts. He is known as one of Master
Bucksam Kong’s most prominent students. He has also received private instruction under the present
Hung Gar Grandmaster Lam Chun Fai, son of Great Grandmaster Lam Jo.
He has appeared on major television shows such as “Ripley’s Believe It Or Not” and “More Than Human” on the Discovery Channel. Sifu Hamby was the first to have the 4 major books of Master Lam Sai Wing translated into English so that his legacy will be passed on to future generations. He has written numerous articles on Hung Gar that have appeared in some of the most prominent Kung Fu magazines.

Volume 1
Lau Gar Form & Fighting Applications
There are many forms in Kung Fu and Lau Gar. Lau Gar translated means 'Lau Family Fist'. Origins of Lau Gar. Lau Gar Kuen is derived from a form of boxing practiced at Kuei Ling Temple situated in Kong Sai (Guangxi) Province in west China. It was learned from a monk on retreat from that temple by Master Lau Sam Ngan, "Three Eyed Lau", a tiger hunter, whom we honor as founder of our style. He is reputed to have earned his name because of a deep scar in the middle of his forehead which resembled a third eye. The style subsequently became popular over a large part of south west China. In fact all of the southern systems of kung fu are derived from 5 major styles namely: Lau, Hung, Choy, Li and Mok.lity and strong punching power. An ideal set for beginners.