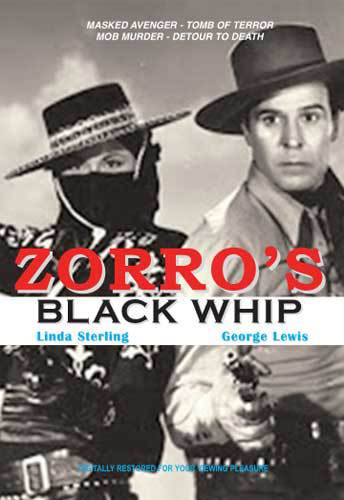 #1 -The Masked Avenger Law abiding citizens called for a vote to bring their territory into the union. But sinister forces, opposed to the coming of law and order, instigated a reign of terror against the lives and property of all who favored statehood.

#2 Tomb of Terror The Black Whip races to overtake the stolen wagon and rescue Vic Gordon from Hammond's men.

#3 Mob Murder  The Black Whip races to the stage office where Vic Gordon is battling desperately to save the reward money.

#4 Detour To Death Vic Gordon faces death from the mob unless the Black Whip arrives in time with the evidence to clear him.