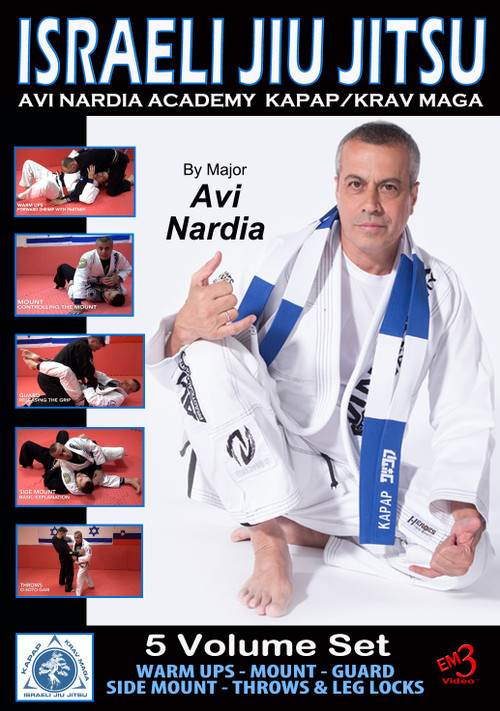 "I’ve known Major Avi Nardia for more thirty and we’ve worked together all over the world. Not only is this man a multi-talented and excellent martial artist himself, he’s a brilliant instructor and an inspirational leader, who’s one the most sought after seminar instructors anywhere in the world today.
In addition to having served as a soldier and officer in the Israeli military, he’s a Japan-accredited instructor of Karate, Jujutsu & Kendo, who has worked tirelessly over the past two decades with various branches of the military, law enforcement, the criminal justice system, secret service, NSA, FBI, CIA, elite private security protection and correctional facility officers. While specialising in counter-terrorism, his practical hands-on fusion of Krav Maga, Koryu Uchinadi, Aiki Kenpo Jujutsu and BJJ, have become cutting edge and also helping to reshape the way instructors of classical and traditional arts are empowering their self-defence curricula. With years of hands-on field experience, Avi's exemplary contributions have earned him a stellar reputation as one of the most prominent innovators of our generation.
With a trunk load of accolades, from a pantheon of equally impressive military commanders, reputable agencies of law enforcement, security, and the fighting arts [both classical and contemporary], Kyoshi Avi Nardia hardly needs my recommendation for his work, as his experience and reputation alone are more than enough.
Rarely do people come along who contribute so much in such a short period of time to improve our understanding of the art of self-defence — in my opinion, Major Nardia is certainly one of them.
I highly recommend this new DVD collection by him along with any/all of his work and, should the opportunity also presents itself, may I further suggest participating in his seminars... as you will NOT be sorry you did."
Patrick McCarthy
Hanshi 9th Dan
IRKRS Director