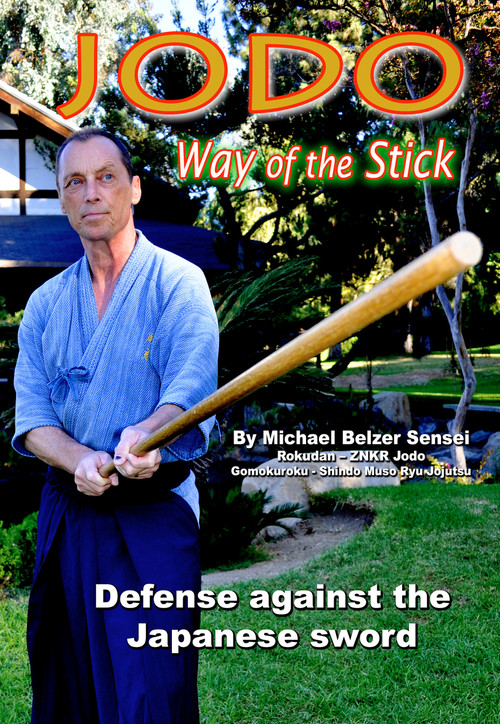 JODO - The Way of the Stick

JODO - The Way of the Stick

Defense against the Japanese Sword

Michael Belzer is a lifelong martial artist with over 50 years of experience in a variety of fighting arts achieving his 8th Dan in Danzan Ryu Jujutsu, Advanced Instructor in Serrada Escrima and Gomokuroku in Shindo Muso Ryu Jojutsu. Michael began his training in Shindo Muso Ryu in 1974 at the age of 18 at the Rembukan Dojo under the 25th Headmaster of the art, Shimizu Takaji in Japan. He continued his training in the art in 1979, in Malaysia when he became a student of Donn F. Draeger, who was the first foreigner ever allowed to study and train in this Classical Martial Art of Japan. In 2008, he met Steven Bellamy-sensei, a Menkyo Kaiden (complete Transmission) of SMR and became his Deshi (personal student) to learn the advanced aspects of the art by making regular trips to Japan.

The Art of the Jo Jodo – “The Way of the Stick” is a traditional Japanese fighting art which uses a 4 ft. staff against a wooden training sword, known as a bokken, in a series of pre-arranged forms known as kata. The jo gained fame in the year 1605 when it was used in a duel, against the most famous swordsman in Japan, Musashi Miyamoto by the founder of Shindo Muso Ryu, Muso Gonnosuke. Musashi suffered his only defeat (in more than 60 contests, often ending in death) as Muso wielded his new weapon, the jo against Musashi’s famous “two sword” style. Over 400 years later, the jo is still being put to practical use today by the Tokyo Riot Police. The police use Shindo Muso Ryu as their training method for the jo. Training with weapons will develop your intensity, power, focus and awareness in ways that empty hand training cannot do. In this seminar/workshop you will learn some of the basic strikes, training drills and kata of jodo. You will also be introduced to the traditional customs, precepts and etiquette of a famous koryu – “old flow” fighting art of Shindo Muso Ryu Jojutsu.