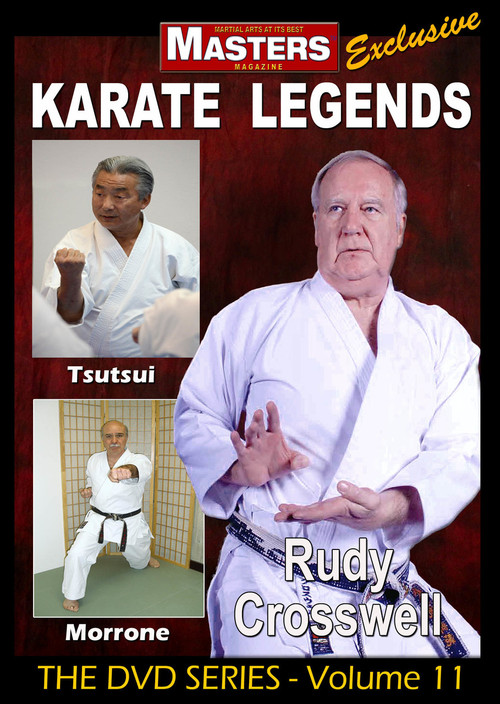 Rudy Crosswell Hanshi: Shito-ryu karate: 10th Dan, Hanshi Okinawan kobudo: 10th Dan, Hanshi Toyama-ryu iaido: 6th Dan Shinkendo: Tokui, Kyoshi Hakutsuru-ryu (White Crane) karate: 8th Dan.
Crosswell Hanshi is internationally acclaimed as one of the most accomplished and versatile martial artists in the world today. A second-generation student of the founder of Shito-ryu and a lifelong practitioner of Okinawan kobudo and Japanese sword, he has trained consistently with dozens of legendary masters for over half a century. With 10th dan rankings in both Shito-ryu karate and Okinawan kobudo, he is unique among living martial artists for his level of technical expertise, depth of practical application, and nuanced historical understanding of his chosen arts. As Chief Instructor, he holds every one of his assistant instructors to the same set of exacting standards, ensuring that the priceless martial arts knowledge he has accumulated over his lifetime is passed down to the next generation intact

Gary Tsutsui Sensei is the founder and Head Instructor of Colorado Budokan (affiliated with USANKF). Born in,Minnesota in 1946, he moved to Denver, Colorado. Began his formal training in the art of karate in 1965 in Shotokan karate under Mr. Yutaka Yaguchi and Mr Joseph Castillo of the JKA of Colorado. Moved to Irvine, California and began his apprenticeship under Mr.Kiyoshi Yamazaki (Shindo-Jinen-Ryu) and weapons expert. Tsutsui Sensei was a bronze medalist at the Fourth World Union of Karate-do Organizations -WUKO ( WKF) World Championships in Tokyo, Japan in 1977.