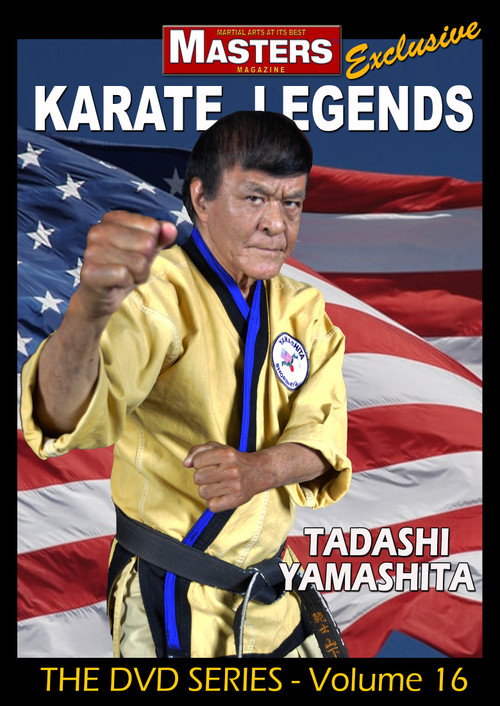 Master Yamashita is born in Japan, but considers himself Okinawan. He lost his father at the age of 3. Since his 8th he lived in Okinawa and since his 11th he practiced martial arts. He was a rough kid, not only fighting with students but also teachers. When trying to handle him, a martial arts teacher was called in, who learned Yamashitato control his temper with martial arts. Since then, he was no longer aggressive, but talented. At the age of 16, Yamashita would receive his black belt and in 1960 he became the All-Okinawan Shorin-ryu Free Sparring Grand Champion. He lived in Okinawa until in 1972 he came to the USA where he became a citizen.

Yamashita has dedicated over 40 years of his life to the practice of Okinawan Karatedo and Kobudo. He is a tenth dan in both karate do and kobudo. Yamashita is the President and Director of US Shorin-Ryu Karate Association, the USA President of the Zen Okinawan Kobudo Association and Chief Instructor of Shorin Ryu in the United States. Yamashita combines many progressive fighting tactics with traditional aspects of karate do. Yamashita's system (known as Suikendo) translates to fist flowing like water. This system of fighting allows the karateka to simultaneously block and strike his opponent. Yamashita is also a world-renowned weapons master. During the 1973 Pro-Am Karate Tournament, Yamashita brought over 7,000 spectators to their feet in a standing ovation after demonstrating his mastery of kobudo weaponry.
TRT: 56 minutes - Item: 061-16-mm
ISBN/EAN: 0694536340046