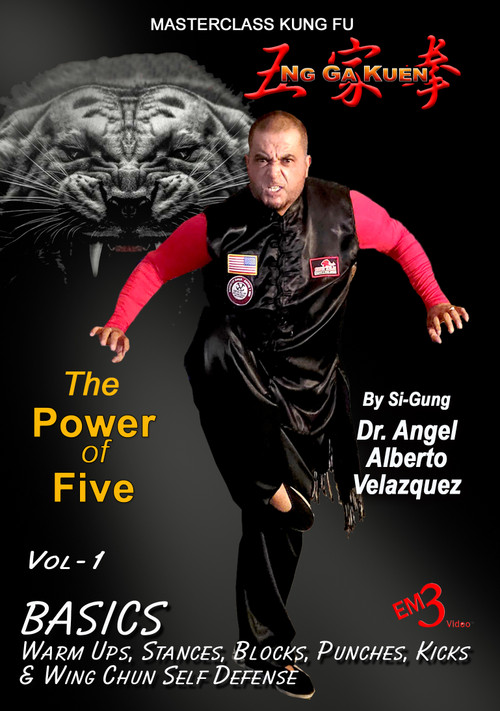 Ng Ga Kuen, also known as Five Families/Five Animals Kung Fu or Five Family Fist is a major traditional Southern Chinese Martial Art that traces its origins to the Shaolin Temples of China.
Ng Ga Kuen roughly translates to “Five Family Boxing/Fist”.  As the name implies, it is distinctive in that it brings together techniques of five different family styles: Choy Gar, Li Gar, Mok Gar, Fut Gar, and Hung Gar, taking the best of each style to create a very complete system.  It also incorporates techniques and forms from the 5 legendary Shaolin animals, the Tiger, the Dragon, the Leopard, the Snake and the Crane.