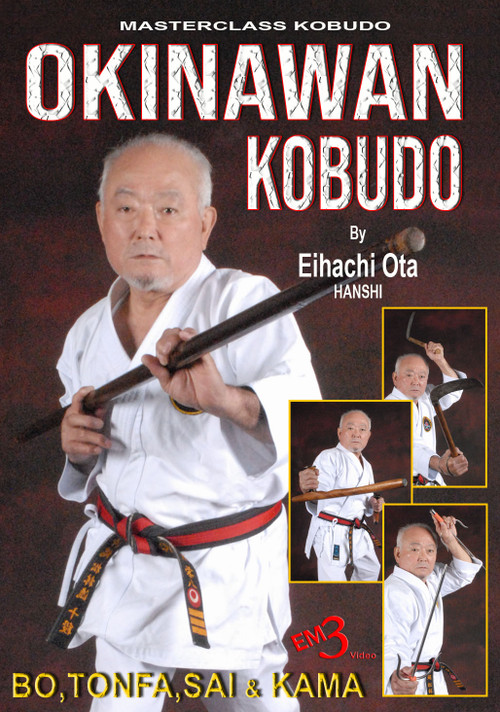 Buy DVD on this page (above)

It was in Naha City, the capital of Okinawa, after gaining recognition as one of the strongest in his high school’s karate club, Mr.Ota was invited to join Sensei Shima’s private dojo and Sensei’s Nagamine dojo. Hanshi Ota is an expert in empty handed Karate as well as all the traditional Okinawan weapons of self-defense, which at one time were used in the fishing and farming villages: Bo, Sai, Tonfa and Kama. Ota believes that Kobudo, the study of weapons, is an integral part of karate training, and he encourages students to practice the various weapons. Ota says that weapons training presents an opportunity for students from different styles to train together because the techniques needed for weapons are the same, regardless of stylistic variations or a student’s background. Perhaps even more than his lightning speed or the forcefulness of his techniques, what differentiates Ota from all other sensei is his mastery of distance.