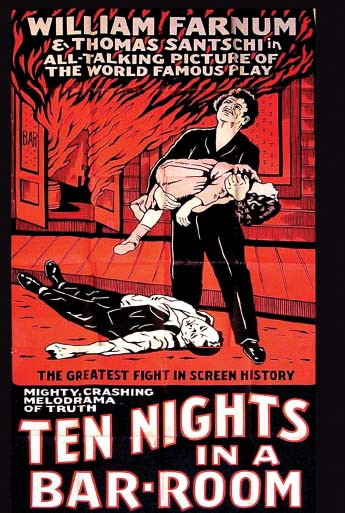 Ten nights in a Bar-room

Joe Morgan is the father of a loving wife and  family, but meets his moral downfall when introduced to alcohol. Morgan quickly becomes an alcoholic and spends most of his time at a bar. One day, his  daughter begs him to return to his family. He initially ignored her, until she is hit in the head by a flying bottle. On her deathbed, the daughter begs Morgan to abandon alcohol, to which he agrees.