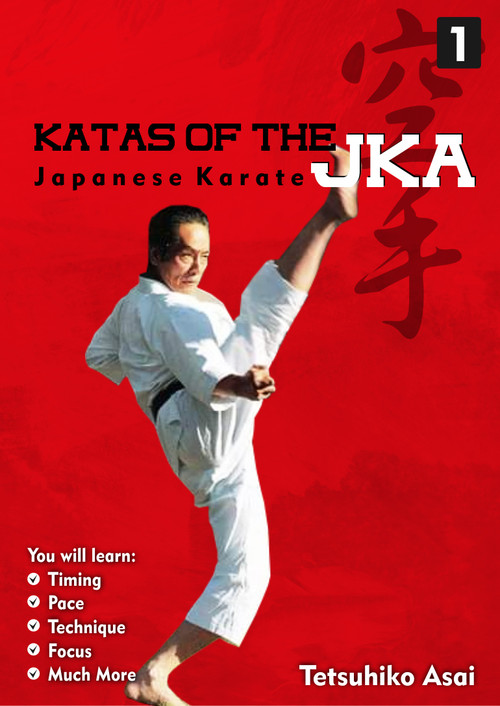 Master Tetsuhiko Asai was born on June 7, 1935, in Ehime Prefecture (on the island of Shikoku), Japan. He was the eldest of seven children. As a boy, he trained in sumo. In addition, his father (a policeman) taught him judo, kendo, and sojutsu. When he was 12 years old, he witnessed a fight between a boxer and a karateka (practitioner of karate) the karate combatant was able to disable his opponent with a kick, and Asai was impressed.

In 1958, Asai graduated from Takushoku University, where he had trained in karate under Gichin Funakoshi, and Masatoshi Nakayama. He trained hard and was allowed to sleep in the karate dormitory. At Nakayama's recommendation, he entered the JKA instructor training program and graduated from the course three years later. Asai won the JKA championship in kumite (sparring) in 1961, and in kata (patterns) in 1963. He was overall JKA champion in 1961, having come first in kumite and second in kata that year. Asai became the first instructor to introduce karate to Taiwan. Through the second half of the 1960s, he taught karate in Hawaii for five years, with his students including Kenneth Funakoshi (a fourth cousin to Gichin Funakoshi).

Over the years, Asai advanced within the JKA, and was appointed as Technical Director. Following Nakayama's death, the JKA experienced political troubles and divided; Asai and colleagues (including Keigo Abe and Mikio Yahara) formed one group, while Nakahara Nobuyuki and colleagues formed another group—which in 1999 was officially recognized as the JKA. In 2000, he founded the International Japan Martial Arts Karate Asai-ryu and the Japan Karate Shoto-Renmei. Apart from the ranking of 9th dan in Shotokan karate, he also held the ranks of 3rd dan in jodo, 2nd dan in judo, 2nd dan in jukendo, and 2nd dan in kendo.

INCLUDED:
Heian Five Katas, Bassai Dai, Kanku Dai, Empi, Jion, Hangetsu, Meikyo, Kumite Kihon, Hachimon, Kashu Kumite Bunkai, Suishi and Bunkai, Plus an interview (In Japanese) with one of Shotokan karate's most important masters who was one a direct student of Gichin Funakoshi and Masatoshi Nakayama.