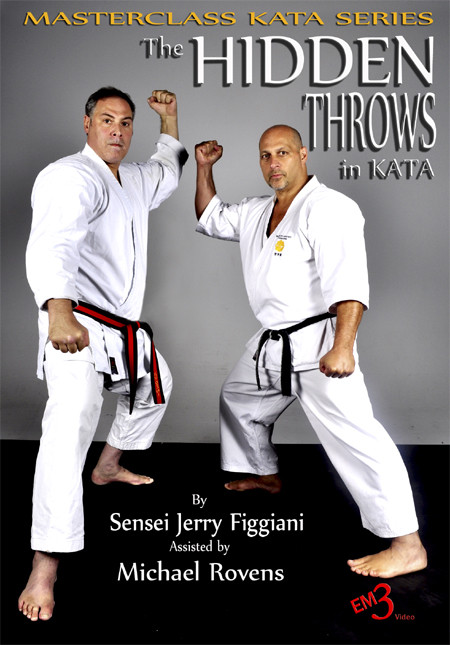 The HIDDEN THROWS IN KATA By Jerry Figgiani

MASTERCLASS KATA SERIESThe HIDDEN THROWS IN KATABy Jerry Figgiani (Assisted by Mr. Michael Rovens)Sensei Figgiani, is the founder and president of Shorin Ryu Karatedo International. Shorin Ryu Karatedo International is an association of traditional martial artists united to better understand the history and culture of Okinawan Karatedo through the practice of kata and bunkai. The organization's focus is to preserve the history and tradition of Okinawan Karate’s pioneersMr. Michael Rovens, began his study of Martial Arts under Sensei Ota in 1985. Before that, Mr. Rovens studied another style of Shorin-ryu Karate in San Francisco before moving to Los Angeles in 1985. He also studied Brazilian Jujitsu under Rickson Gracie. He is the co-author of “OKINAWAN KARATE” (book) Illustrated by Master Ota.Includes: * Side by side comparison of the Heian/Pinan five katas from Shotokan and Shorin Ryu karate. * Demonstration of traditional kata bunkai including key point applications. * Hidden throws demonstration and analysis.Item Number em3-552 - ISBN-852668419003