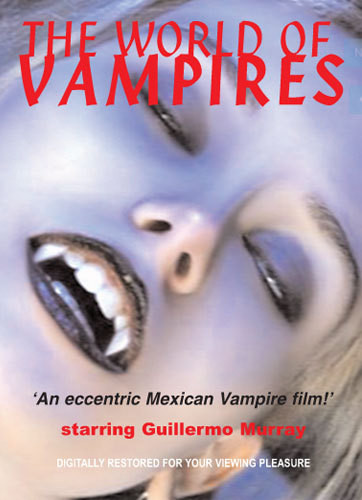 The World of Vampires

Brimming with rich atmosphere, this film follows the glorious days of Count Subotai (Guillermo Murray) as he rises daily from his coffin, in his immaculate suit, styled hair ajd ling fags. The story begins on a foggy night with a couple riding in a Jeep when they become the first victmis used as a sacrifice by the group. Thi is an eccentric Mexican vampire film which features some of the wall originality.