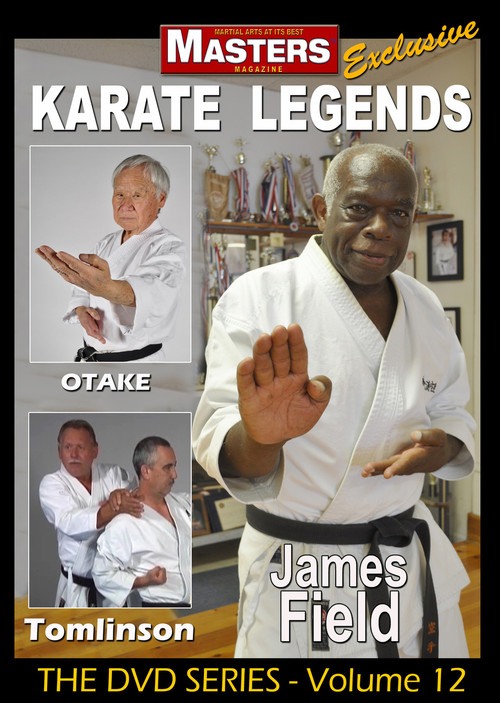 James Field is an eighth-degree black belt registered with the International Shotokan Karate Federation (ISKF). Sensei Field was one of the first four Americans certified as an instructor. He is also a highly-ranked examiner and judge within the ISKF. He has been teaching karate locally, nationally and internationally since 1968. Sensei Field is also an internationally famous competitor. He was captain of the US International Karate Team, many time National Collegiate Champion, two-time National Grand Champion, two-time Pan American Champion, US Representative to the Olympic Games in Mexico and medalist in the 1976 World Tournament. He was also assistant coach of the US team for the 1983, 1992, 1993 and 1994 All Japan Tournaments in Tokyo.

Ben Otake Sensei - extensive experience with martial arts stems back to the early 50’s, beginning with judo. From there he studied karate and kempo and was one of Ed Parker’s first students. He then moved on to study with Tak Kubota of the International Karate Association, earning the rank of 6th Dan—some 30 plus years ago. Otake taught the Gosoku Ryu system (IKA) in Puerto Rico from 1967 to 1972. During his time as an instructor for the IKA he taught Pan American champion Manuel Gonzales and world class champion Tony Tulleners (to name just two). Today, Ben Otake teaches martial arts and self-defense the way he feels it was taught originally – for self-preservation rather than trophies.

Eric Ed Tomlinson Sensei - starte training in Martial Arts in 1971 in England. He has trained in Skukokai Karate his entire Martial arts career. In 1996, he moved to the US and opened a Skukokai dojo in Missouri and always remembered his teacher as a true example to follow: "Kimura Sensei was one of the most extraordinary powerful men I have ever known". In 2002, he joined the Shito Ryu Shukokai Union and eventually was granted the freedom by Sensei Yamada to organize a Union in the USA.