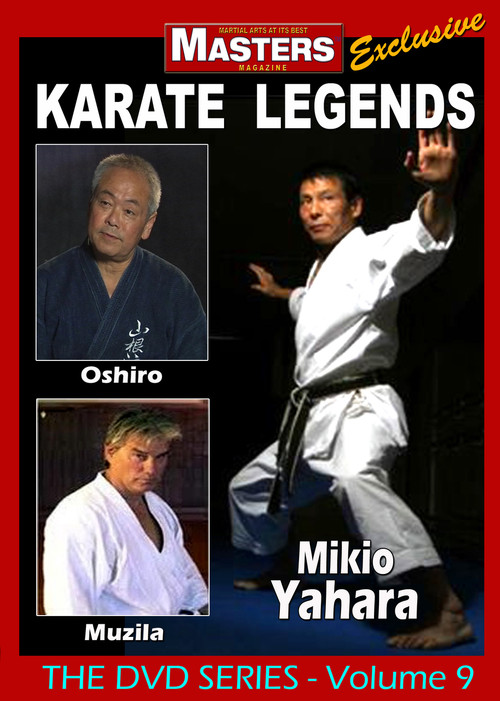 Mikio Yahara (10th Dan KWF) Sensei was born on April 4, 1947, in Ehime prefecture. After graduating from Kokushikan University, he became
Kenshusei, or junior instructor, in the Japan Karate Association. Since 1987, he left the Japan Karate Association to set off on his own path
He rampaged through the world, monopolizing the high rankings in many tournaments, establishing legendary fame. Known for his leopard-like
carriage, beautiful jumping techniques and adaptations, his unique karate style fascinated karateka all over the world.

Toshihiro Oshiro Shihan - Chief Instructor, Oshiro Dojo San Mateo and Ryukyu Bujutsu Kenkyu Doyukai. Shihan Oshiro has studied Okinawan
martial arts for over forty years, earning advanced degrees in karate, kobudo, judo, and kendo. He has been teaching in the United States since
1978. Shihan Oshiro was born in Haneji, Okinawa and began training in karate as a young man. He had the opportunity to learn karate and
kobujutsu from many masters of Okinawan martial arts, including Sensei Shoshin Nagamine, Sensei Chogi Kishaba, Sensei Masao Shima, and
Sensei Seigi Nakamura

Tom Muzila Sensei known for his incredible physical and mental stamina, Tom Muzila is a former Green Beret and has practiced Shotokan karate
for more than 40 years. In addition to work as a bodyguard, Tom Muzila has also served as an instructor/adviser to law-enforcement personnel
and to the military for matters of tactics, weapons and defense.