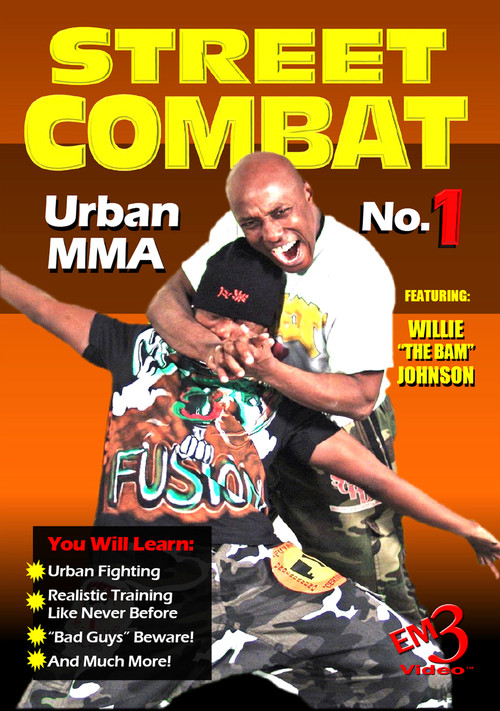 Willie "The Bam" Johnson, creator of the acclaimed Keeping-it-Real Street Combat series, here brings you unparalleled, hard-hitting martial arts instruction in this unique DVD — Part 1 of a 2 DVD set. — teaching the MMA of the street. Bam was a world class competitor who started teaching, and after years in that role, now teaches so many champions himself he has turned his talents toward teaching people to defend themselves in real, no B.S. street self-defense situations. He has been there, has seen the real stuff, and knows what it truly means to "Keep it Real." You will be blown away by these DVDs — the most realistic instructive footage ever filmed on street self-defense in real world situations.