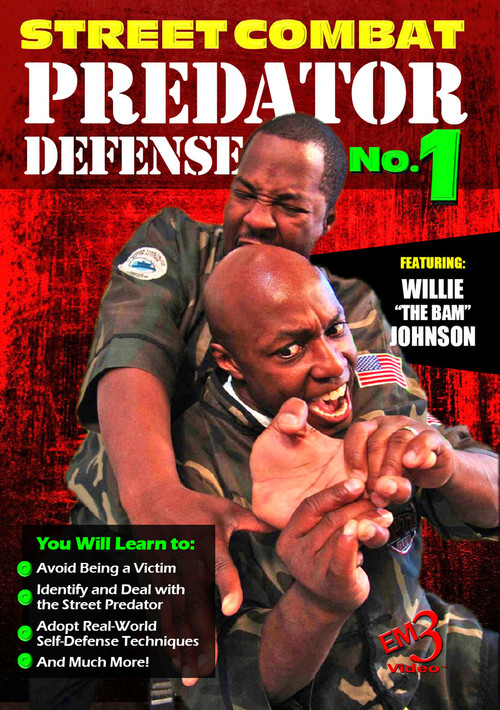 Vol-1
by Willie "The Bam" Johnson

The Predator is out there! He's the one on the streets trying to take something from you — your money, your property, or maybe even your life. In this DVD, first in the powerful 2-DVD set, Willie "The Bam" Johnson, world-renown martial artist and street fighter, takes you inside the mind of the predator and teaches you how to deal with him quickly and efficiently, as only The Bam can do. Don't be a victim of the predator — be the one who takes him on at his own game and comes out on top!