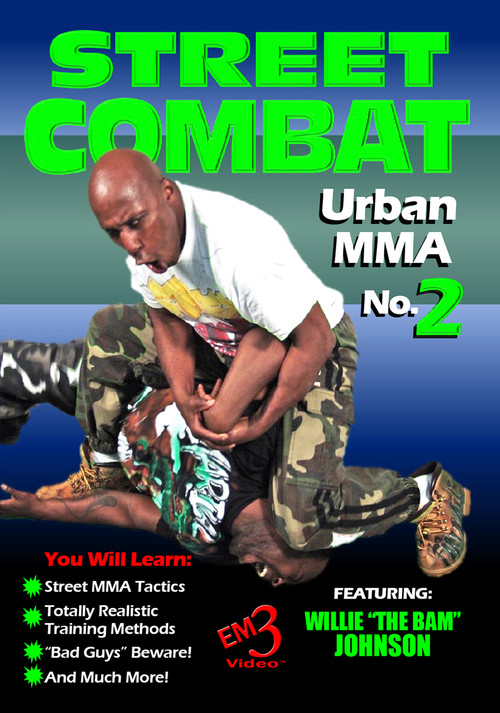 Willie "The Bam" Johnson, creator of the acclaimed Keeping-it-Real Street Combat series, here brings you incredibly valuable, unmatched martial arts instruction. This is the second volume in Willie's 5-star series on Street Combat and Urban MMA Street Fighting — instruction that teaches real-world street-fighting tactics. These are not simple, one- or two-step moves that rarely work — these are, as they say in the hood, methods that "KEEP IT REAL" We guarantee that you have never seen DVDs quite like these like these, and that you are likely to learn more than you ever thought possible in a two-volume set of DVDs. This is truly a mind-blowing video learning experience.