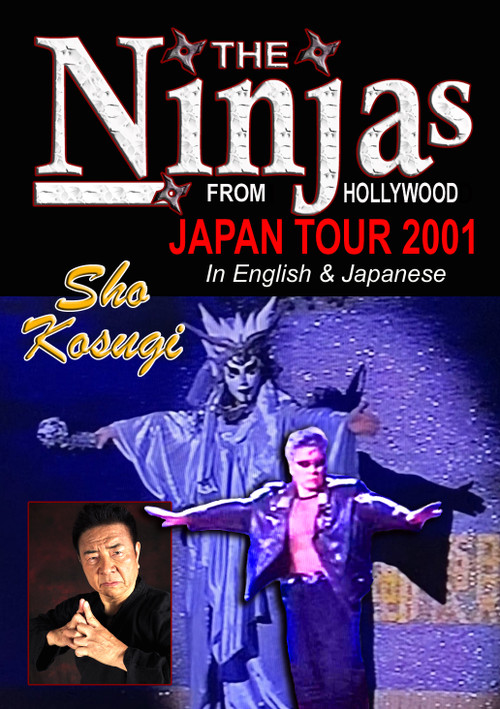 The NINJAs from Hollywood - 2001 Japan Tour

The NINJAs from Hollywood - 2001 Japan Tour

Sho Kosugi
Born June 17, 1948), is a Japanese martial artist with extensive training in Shindō
jinen-ryu Karate, Kendo, Judo, Iaido, Kobudo, Aikido, and Ninjutsu who gained
popularity as an actor during the 1980s, often playing ninjas. Kosugi is a man that
believes and practices his profession as an actor and as a martial art grand master.
He was an All Japan Karate Champion.