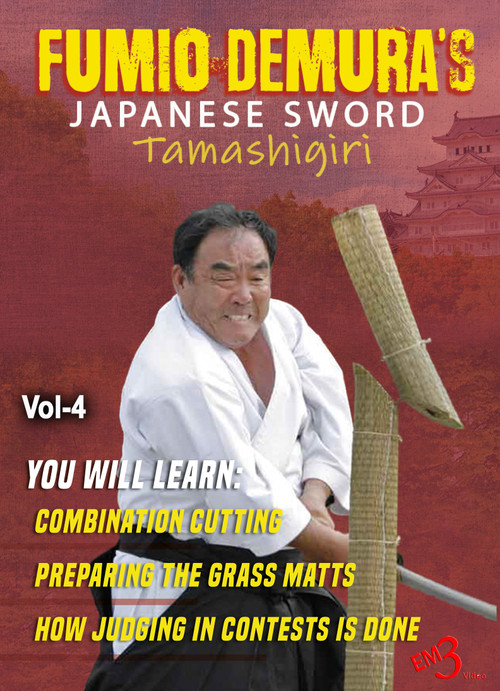 During the Edo period, only the most skilled swordsmen were chosen to test swords, so that the swordsman’s skill was not questionable in determining how well the sword cut. The materials used to test swords varied greatly. Some substances were wara (rice straw), goza (the top layer of tatami mats), bamboo, and thin steel sheets. In addition, there were a wide variety of cuts used on cadavers and occasionally convicted criminals, from tabi-gata (ankle cut) to O-kesa (diagonal cut from shoulder to opposite hip). The names of the types of cuts on cadavers show exactly where on the body the cut was made. Aside from specific cuts made on cadavers, there were the normal cuts of Japanese swordsmanship, i.e. downward diagonal Kesa-giri (袈裟斬り), upward diagonal (Kiri-age (切上) or Gyaku-kesa (逆袈裟)), horizontal (Yoko or Tsuihei), and straight downward (Jodan-giri, Happonme, Makko-giri (真向斬り), Shinchoku-giri or Dottan-giri).