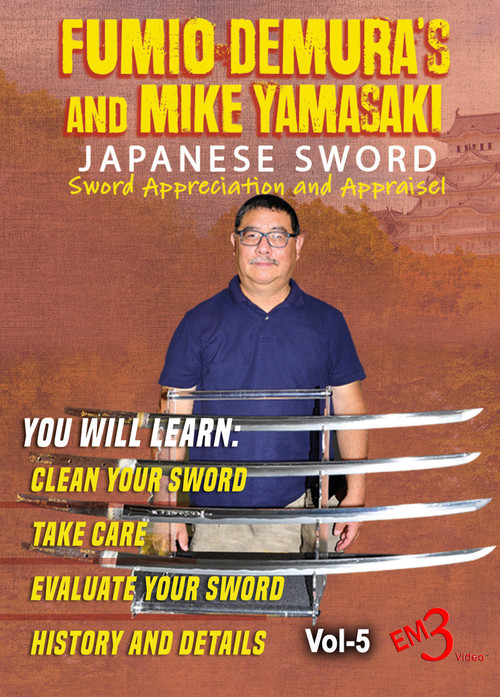 Mike Yamasaki has been involved in the study of Japanese swords for over 27 years. Studying both in the United States and in Japan, he has had the opportunity to attend several “Kantei Kai” or what is known as a sword identification challenge held monthly at the NBTHK. In 1998, he attended the NBTHK 40th anniversary national sword convention and received an award for placing 5th out of 200+ participants. Then again in Sept  2001, he became the first ever non-Japanese citizen to ever win this competition. The most recent NBTHK national convention (Nov 2008), he entered the challenge once again and landed 2nd place. The Nihon Bijutsu Token Hozon Kyokai (NBTHK), or the Society for the Preservation of Japanese Art Swords, was founded in Japan shortly after WWII and has existed since with the approval of the Japanese government.

In this video Mike Yamasaki explains the samurai culture and sword history relating to the lifestile of the times. Examples of blades, signatures, tsubas, famous swordmakers including a Menuki made by Miyamoto Musashi (One of Six that is known of).