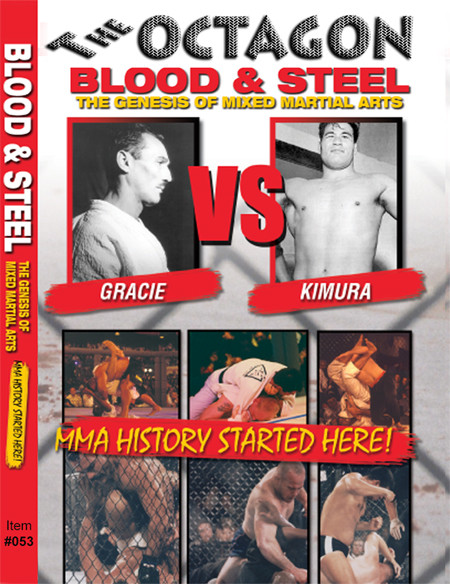 THE OCTAGON: BLOOD AND STEEL -The Origins of MMA

The Octagon: Blood and Steel

The Origins of MMA

This documentary reveals, for the first time, facts and historical information about the origins of MMA that have never been told to the public. With exclusive interviews with Martial Arts Historians, magazine editors, journalists, and legendary Martial Arts teachers, the truth about where the MMA comes from, is finally unveiled. On October 23rd 1951, the legendary Helio Gracie fought the Japanese Champion Masahiko Kimura in Rio de Janeiro, Brazil. This event changed the history of combat sports. Forty-two years, later in 1993 the first "Ultimate Fighting Championship", a more refined version of the fights originally known aw "Vale Tudo" (*no-holds-barred") - took place in Denver. Colorado. Some described it as the "wildest event in the history of sport fighting"... but before that night on November 12th, a family name had already been established and their members were considered as the "toughest fighters in the world." They set the foundation of blood and steel for what today is known as MIXED MARTIAL ARTS, the fastest growing sport in the world. This documentary takes you back to the true origins of the UFC and MMA as we know them today. The original concept was forged in Brazil, until one man decided that it was the right time to finally answer the age-old question of "what is the most effective style of Martial Arts"... and changed the world of fighting sports forever.