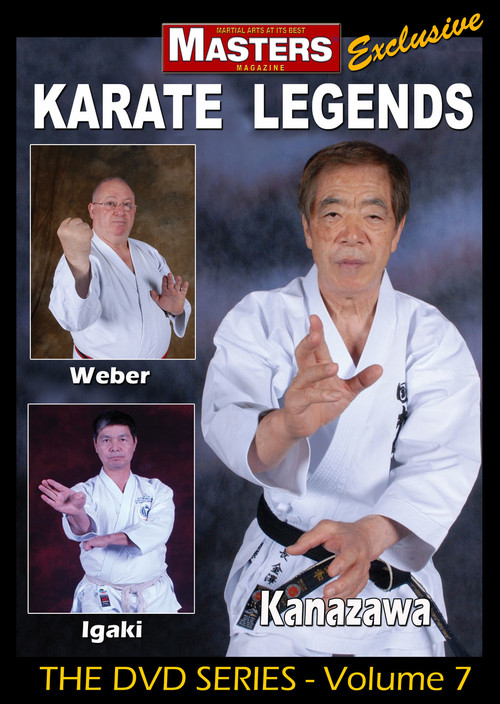 Kanazawa Soke
Kancho Kanazawa 10th Dan - Chief Instructor Shotokan Karate-Do International Federation
Kanazawa Soke is one of the world most renowned and respected traditional karate masters of all time.
He is the first karateka to have won the notorious All Japan karate Championship. In 1957 kumite champion (while nursing a broken wrist). In 1958 kumite and
kata champion. Although trained in Judo in his early years, Kanazawa Soke took up karate whilst at University under the late headmaster of JKA shotokan,
sensei Matsatoshi Nakayama. Kanazawa Soke is also one of the few remaining karateka privileged to have studied under Master Gichin Funakoshi, the
famous Okinawin schoolteacher who brought karate to mainland Japan from Okinawa and founded the Shotokan style. In 1978, Kanazawa Soke set up SKIF
(Shotokan Karatedo International Federation). SKIF is now the worlds largest Shotokan Karate Association under one chief instructor, having several million
members in over 130 countries.

Thomas Weber
Tamas was born 1942 and has been training karate since the early 50s. In 1957 Tamas was graduated to his first black belt. Today Tamas holds the rank of
Kudan (9th degree black belt) in World Karate federation and he has also been honoured the rank of Judan (10th degree black belt i Shito-ryu Motobu-ha) in
Japan. During his more than 50 years of martial arts experience he has also achieved black belts in Judo, aikido and jiu-jutsu. Tamas was as in 2009 the first
europeen ever inducted to The Masters Hall of Fame in USA.

Hideharu Igaki
Born September 7, 1956, Hideharu Igaki Sensei is in his second decade as the Head Coach for the USA National Karate Federation U.S. National Karate Team.
His black belt is in Fujitani-Ha Shito-Ryu Meibu-Kai and instructors license in Tenshin-Ko-Ryu Kenpo. He also was a professional kick boxer in Japan
before moving to the the U.S. in 1979. 2012 Instructor at NJKFNW Hobu Dojo, Hillsboro, OR.