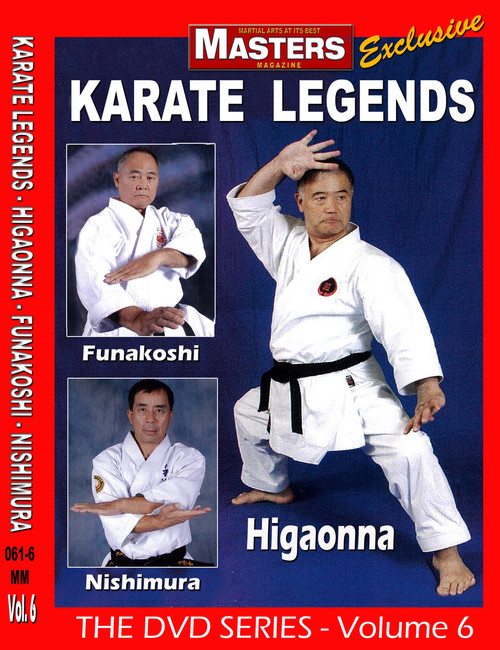 Morio Higaonna (東恩納 盛男 Higaonna Morio, born December 25, 1938) is a prominent Okinawan karate practitioner who is the founder and

former Chief Instructor of the International Okinawan Goju-ryu Karate-do Federation (IOGKF). He is a holder of the highest rank in

as "the most dangerous man in Japan in a real fight."

Funakoshi – the founder of Modern Shotokan. He started judo training in 1948 under Arakaki Sensei in Honolulu, Hawaii. Also, started

Kempo training under Adriano Emperado from 1956 to 1959. In 1960, Funakoshi started shotokan training Hirokazu Kanazawa sensei. For the

next three years, Funakoshi trained under Masataka Mori, another senior instructor from the JKA. 1966 to 1969, he trained under the

Kyoshi-Shihan Shoji Nishimura is the chief karate instructor of USA Wado-ryu Karate-do Renmei in California. He has over 40 years

experience in Karate and holds 7th degree black belt. In 1977, he was the karate club captain of Rissho University in Tokyo, Japan.

While he was in the club, he participated in many kinds of karate tournaments and won many awards including several fighting-spirit