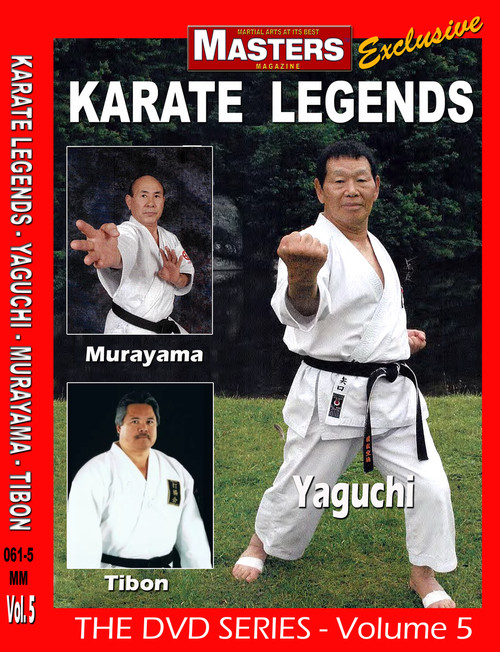 Yutaka Yaguchi  9th Dan Shotokan Karate
Sensei Yutaka Yaguchi holds a 9th degree black belt in Shotokan karate and is the Chief Instructor and Chairman of the International
Shotokan Karate Federation (ISKF) Mountain States Region and Technical Director for the ISKF. He was born in Hiroshima, Japan in 1932
and began karate training in 1952 under Masatoshi Nakayama, the late chief instructor of the JKA, Motokuni Sugiura, the present chief
instructor of the JKA, and Teruyuki Okazaki, chief instructor of the ISKF, and received his shodan and nidan from Master Funakoshi
himself. He later tested under Nakayama Sensei for his third through eighth dans. As one of the first graduates of the JKA Instructors
Training Program in 1959, he has played an important role in the growth of JKA karate and the internationalization of Shotokan karate.
Yaguchi Sensei first arrived in the United States on June 5, 1965 and continues to reside in the US to the present day. In 1974 Yaguchi
Sensei founded ISKF of Colorado the regional headquarters for the Mountain States Region.

Kunio Murayama 8th Dan Shito-ryu Karate WSKF
Murayama Sensei was born on the 30th June 1944, in Miyagi, Japan. A life long member of Japan Karate-do Shito-kai and a member of the
WSKF (World Shito-ryu Karate-do Federation), Murayama Sensei has been practising Shito Ryu Karate since his induction into the Toyo
University in 1962. A direct student of Manzo Iwata Sensei, the young Murayama made great progress in his karate whilst studying for an
economics degree. His hard work and dedication to the art of karate was recognised by Master Iwata who eventually invited the young
prodigy to become his uchi-deshi (live in disciple).